Translocation is an important component of over 150 Saving our Species projects. 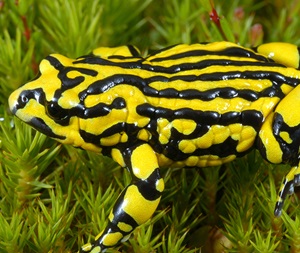 Translocation is increasingly being used in conservation to improve the outlook of threatened plants and animals. It is often supported by captive breeding or plant propagation programs to increase the number of individuals available for translocation.

The best approach for conserving threatened species is to protect them where they are naturally found. If this is not likely to be effective, it may be possible to integrate translocation with other conservation measures.

We generally use translocation in three circumstances:

In Saving our Species (SoS), we have identified over 150 species where translocation, captive breeding or plant propagation will be important.

For example, SoS is working with a group of passionate volunteers and the Australian Botanic Garden Mount Annan to save the Nielsen Park She-oak. Thanks to ongoing efforts, the population continues to grow.

Generally, the Department of Planning and Environment is more likely to support translocation if:

The Translocation operational policy guides the planning, assessment and implementation of translocations under the Biodiversity Conservation Act 2016.

If you are going to undertake a translocation, we recommend that you download and read the Translocation operational policy before you begin planning.

This policy provides a framework for the development of translocation proposals for threatened and protected plants and animals under the Biodiversity Conservation Act 2016 (BC Act), where the Department of Planning, Industry and Environment is the approval authority.