What are the sources, factors and forms of soil organic carbon, why is it important and how is it measured? 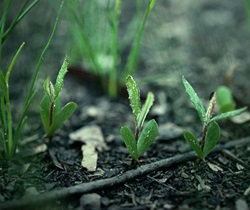 Land-based organic carbon is derived from plant production. Plants use sunlight and atmospheric carbon dioxide (along with water and soil nutrients) to grow and generate sugars and organic plant tissue through the process of photosynthesis. This organic material is then consumed by other organisms through the food chain and is excreted or dies and decomposes.

Why soil organic carbon is important

The nature and quantity of organic carbon in the soil affects a wide range of physical, chemical and biological soil properties.

Soil biology. Organic matter and organic carbon in the soil are a food source for a range of soil organisms and so enhance soil biodiversity and biological health. A wide range of organisms in the soil also helps release nutrients and create pores and can help protect against crop diseases.

Plant productivity. The greater the plant growth, the more organic matter is made available to the soil (assuming that this is not all removed). The hardier the plant is, the slower the decomposition rate and hence the higher the soil organic matter levels.

Management effects.  Land-use and land management practices can also influence the amount of organic matter in the soil. Land management affects soil carbon due to the balance of carbon inputs against outputs (ie. how much organic matter is produced, how much is removed from the site and how much remains to be added to the soil). Land uses and management systems that generate more organic matter and retain it on-site tend to have higher soil organic carbon levels.

Soil organic carbon is a complex mixture of organic compounds at different stages of decomposition.

Because different forms of carbon behave differently, they are often grouped into three distinct pools:

Carbon pools are important when we consider soil management. We can increase soil carbon by implementing a number of management practices. The nature of the carbon pool that is increased will determine how long the carbon stored will remain in the soil (ie. how fragile the additional soil carbon is).

The inert pool is the soil carbon fraction that is old, resistant to further breakdown and in the last stage of decomposition. Soils differ not only in total soil organic carbon but also in the composition of the different organic carbon pools.

It is our aim to maximise the amount of slow pool and inert pool carbon as this will maximise soil condition, health and stability.

A number of techniques exist by which differences in soil organic matter and carbon can be assessed between sites, soils, land-uses, land-management types and through time.

The currently accepted standard for measuring soil carbon is the LECO method. This method uses a total combustion approach where a soil sample is heated to more than 1000 degrees Celsius. The carbon dioxide liberated from the sample during this process is measured directly to give a measure of total soil carbon. This is now the standard technique for soil carbon estimation for carbon accounting.

Stay up to date on the latest news and events about landscapes, soils and systems in New South Wales.