Wetlands take many forms, depending on whether they are on the coast, in estuaries, on floodplains and around rivers and lakes. 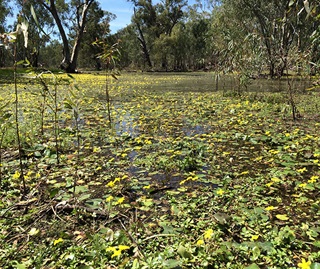 Wetlands are areas of land covered or saturated with fresh, brackish or salt water that’s generally still or slow moving. The water can also sit just below the surface.

An area doesn’t need to be permanently wet to qualify as a wetland. The flooding or saturation can also happen cyclically or intermittently.

The area just needs to be wet for long enough for its plants and animals to be adapted to – or even dependent on – wet conditions for at least part of their life cycle.

Many wetlands in inland NSW can be dry for 10 years or longer before being flooded after heavy rain and then stay wet for several years. This allows wetland plants and animals to regenerate and reproduce.

Where wetlands are found

There are more than 20,000 wetlands across New South Wales.

In 2003, mapped wetlands covered about 4.5 million hectares of New South Wales – that’s about 6% of the state.

This information is explained in The Distribution of Wetlands in New South Wales (PDF 2MB).

Wetlands are diverse and have unique characteristics and wildlife, depending on where they are.

They can occur in a wide range of habitats, including rivers, floodplains, lakes, estuaries, swamps, bogs, billabongs, marshes and seagrass beds.

Wetlands can be classified into 5 types: 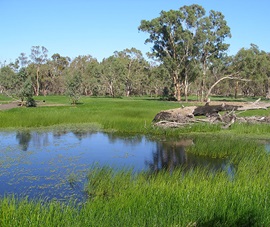 Riverine wetlands are found around rivers, creeks, streams and other waterways. They include floodplains and marshes that are fed by these freshwater channels.

They may be permanently wet, or they may dry out during periods of low rainfall.

The Murray−Darling Basin has many riverine wetlands, including:

Lacustrine wetlands are inland freshwater lakes (PDF 3.6MB), man-made reservoirs and the areas around them.

Like riverine wetlands, they may be permanently wet, or they may dry out during periods of low rainfall.

Palustrine wetlands are inland areas of non-tidal fresh water that have plenty of plants. They include inland floodplain swamps, marshes, shrublands, bogs and fens.

Some types of palustrine wetlands, such as inland floodplain swamps, can be in a dry phase (PDF 1.8MB) for several years before they receive enough water to change to their wet phase (PDF 1.9MB).

They can exist next to or even within lacustrine, riverine or estuarine systems. 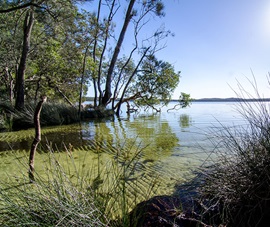 Estuarine wetlands are found around estuaries where rivers meet the ocean. They may be partly enclosed by land but they open out to the sea.

They’re tidal and often have freshwater inflows from rivers, so they have varying levels of salinity (salt content). They include mangrove swamps and saltmarshes. 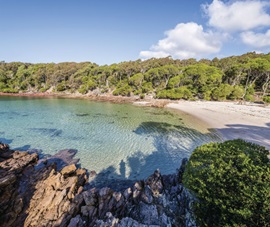 Marine wetlands occur along the length of the NSW coast. They cover the ocean area extending out from the coastline to 6 metres below the lowest tide.

They include ocean beaches, shallow ocean waters and rocky headlands and islands.