A diverse range of ecologically and commercially valuable invertebrates live in our estuaries.

Invertebrate animals perform important ecological functions in healthy estuaries, for example, they clean sediments, filter water and recycle detritus. Estuaries provide shelter and food for young invertebrates such as shellfish and marine worms, which in turn provide food for other animals, including humans.

Understanding this diverse group of animals and their habits helps us better protect and manage the estuarine habitats they live in.

Shellfish is a broad term used to describe crustaceans and molluscs. Shellfish play an important role in estuarine food webs.

Prawns are a main source of food for fish that live in estuaries.

Prawns also form a significant component of the commercial fishing industry and are a favoured species in recreational fishing. In New South Wales, the main species of prawn that rely on New South Wales estuaries to complete their lifecycle are the school prawn, eastern king prawn and greasyback prawn.

Crabs live in the mud and sandflats in estuaries, in mangroves and on rocky break walls. Crabs commonly found in NSW estuaries include semaphore, mud, soldier, blue swimmer and hermit crabs.

Most crabs need saltwater to survive, which limits their distribution upstream. 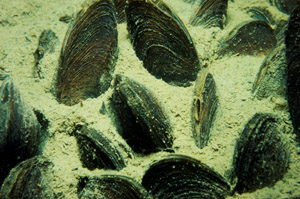 Oysters, cockles and mussels are bivalve filter feeders and help maintain water quality in estuaries. They are not very mobile – some settle on surfaces and remain there for most of their lives and others partially bury in soft sediment and only move with large waves and strong currents.

Oysters grow in large clusters and form complex reefs which provide habitat for many other estuarine species while filtering the water that passes over them. Global efforts are being made to create, maintain and protect oyster reefs due to their ecological value. These shellfish form a large part of the commercial fishing industry in NSW.

There are 3 types of oysters in NSW:

For more information see the oysters webpage on the NSW Department of Primary Industries website.

Cockles are efficient filter feeders, filtering up to 1.5 litres of water per hour! Like many other filter feeders, cockles can retain contaminants dissolved in the water as they feed.

Two types of cockles are found in NSW estuaries:

Mussels grow in large clusters on hard natural surfaces or artificial structures like pylons and jetties. They often occur in clumps in shallow margins around estuaries after wind, waves or boat wash causes them to come loose from where they were attached.

Squid, cuttlefish and octopus are all cephalopods; that is, they are types of molluscs that have arms attached directly to their heads.

These animals are common in New South Wales, and live anywhere from estuaries to shallow coastal waters and deep in the ocean.

Squid often occur in large schools or squads between habitats such as seagrass, macroalgae beds, and bare sandbanks, whereas octopus and cuttlefish are more solitary.

Cephalopods all have the ability to rapidly change colour to avoid predators, surprise prey and attract potential mates.

A huge diversity of cephalopods are found in our estuaries. From the tiny 25-millimetre-long pygmy squid to the giant maori octopus with arms that can reach a span of 3 metres, and oddities such as the bioluminescent dumpling squid and the highly toxic blue-ringed octopus.

Of these, 4 species of squid are popular in recreational and commercial fishing, and these 4 species can inhabit estuaries at some stage of their lifecycle. These are the:

Many other invertebrates live in estuaries and provide various functions to the estuarine community. 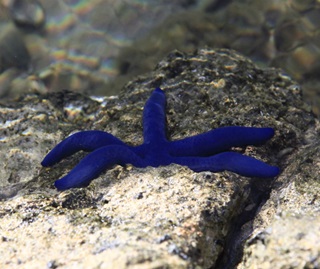 Invertebrate animals can be impacted by: 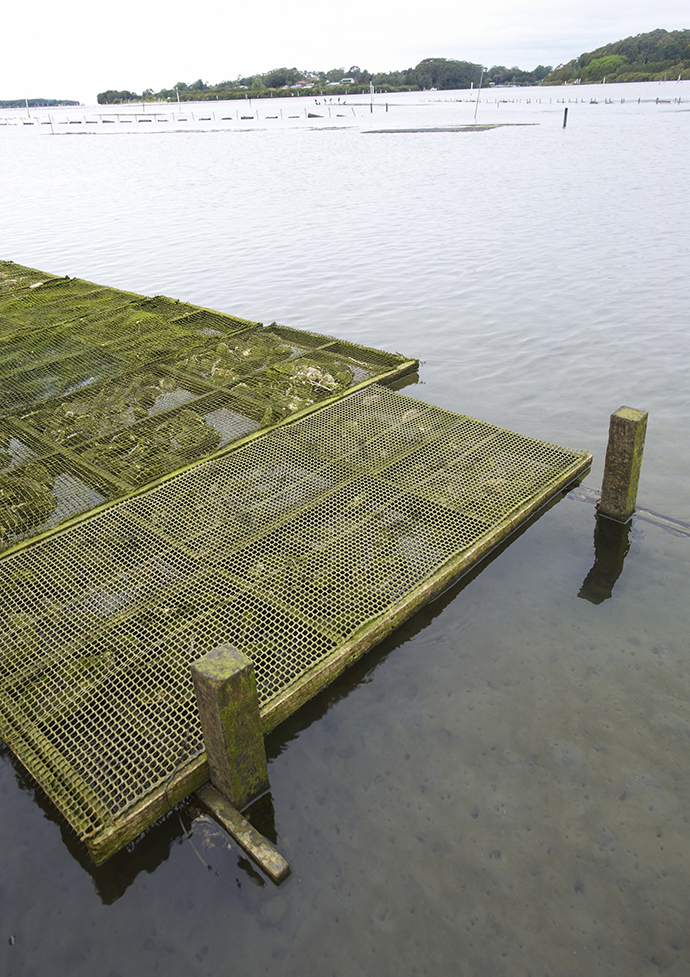 Many marine invertebrates such as oysters and hermit crabs are useful ‘environmental indicators’.

This means the health of these animals can tell us whether the surrounding environment is in good or poor condition.