Fish use wetlands for breeding, feeding and shelter, whether that’s in coastal or inland environments.

Fish that live in wetlands 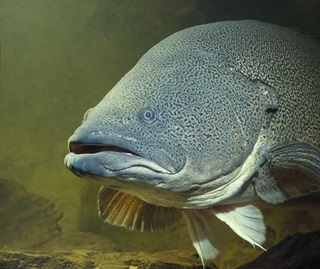 Rivers and freshwater wetlands in NSW are home to 49 native fish species, ranging from carp gudgeons about 5 centimetres long to the iconic Murray cod, which can grow up to 1.8 metres in length and weigh up to 114 kilograms.

They can be found in many types of wetland, including lakes, floodplains, swamps, marshes, waterholes and billabongs.

Nine introduced or alien fish species are found in NSW freshwater rivers and wetlands. They include species such as the brown trout, rainbow trout and redfin perch, which were introduced to improve freshwater angling.

Others are now major threats to native fish and their habitats. These include the European carp, which was brought to Australia in the mid to late 1800s, and gambusia (also known as mosquito fish and plague minnow), which was introduced in the 1920s to control mosquitoes.

Many species of marine fish rely on coastal wetlands to breed and nurture their young before returning to the open ocean.

These include most commercially and recreationally valuable species, such as flathead, mullet, bream, whiting, and shellfish such as prawns and crabs.

Why do fish need wetlands?

When an inland floodplain is inundated, many species of native fish colonise these nutrient-rich freshwater wetlands to feed and spawn. These areas then provide nursery habitats for juvenile fish.

Coastal and marine wetlands are important breeding grounds and nursery areas for many kinds of saltwater fish. For example, areas of coastal saltmarsh are included on the list of Endangered Ecological Communities in New South Wales.

Moving from area to area

Fish use floodplains to scatter and move between permanent rivers or waterholes, the latter providing them with refuge during drought periods.

With some species, like golden perch and silver perch, major spawning can occur in the river channel after flooding. This inundates adjoining floodplains, allowing juvenile fish to access wetland habitats.

Over-bank flows that inundate floodplain wetlands are also important for river-dwelling fish species such as the Murray cod and trout cod.

Rising floodwaters collect food and nutrients that have been deposited on the floodplain during drier periods and carry them back to the river as waters recede, and the fish can then feed on them.

Threats to fish in wetlands

Major threats to freshwater fish include:

Almost 20% of the freshwater fish found in NSW wetlands are now considered to be threatened, including the Macquarie perch, the Murray hardyhead, the purple spotted gudgeon, the silver perch and the trout cod.

According to the Murray−Darling Basin Authority, native fish populations in that region have suffered serious declines over the past 50 years.

The abundance of native fish is estimated to be only 10% of pre-European settlement levels, and 26 species are now considered to be rare or threatened.

Marine and estuarine wetlands are affected by urban and industrial development, which affects them in the following ways: 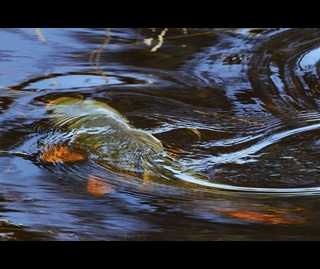 The declines in native freshwater fish populations have been linked to the proliferation of introduced or alien species such as gambusia and carp.

Gambusia is an aggressive species that preys on the larvae and eggs of native fish and frog species. Predatory behaviour by gambusia is listed as a key threatening process in NSW under the Biodiversity Conservation Act 2016.

Carp is a highly fertile fish that can reach very high densities in some wetlands. It causes increased turbidity (cloudiness), undermines riverbanks and competes with native fish for food and other resources.

Declines in native fish species have also been linked to changes in natural flow regimes in rivers across New South Wales from the construction of dams and weirs.

River regulation (which is when dams or other methods are used to store water) can alter the timing, magnitude and duration of flows in the river.

These changes may have impacted fish spawning and survival of young fish, in turn causing declines in the abundance and diversity of native fish species.

In January 1999, predation by the plague minnow (Gambusia holbrooki) was listed as a key threatening process under the Threatened Species Conservation Act 1995. Following this, a threat abatement plan was developed to reduce the impacts of the plague minnow on threatened species and help conserve biodiversity in general.