Estuaries are semi-enclosed coastal bodies of water where freshwater from streams and rivers mixes with saltwater from the sea. They may be open or only sometimes open to the sea. Because estuaries are places of transition between river environments and marine environments, they are affected by both river currents and tidal flows.

There are 184 estuaries in New South Wales, including Sydney Harbour, Botany Bay, Port Stephens and Lake Macquarie, and the tidal sections of coastal rivers such as the Clarence, Richmond, Hawkesbury and Tweed.

Why we protect estuaries

Estuaries are unique, biologically diverse ecosystems supporting many different species of plants, animals, birds and fish. They also provide valuable resources for commercial fishing, shipping, tourism and recreation. They are important for environmental and economic reasons and must be managed sustainably.

Read more about why estuaries are important. 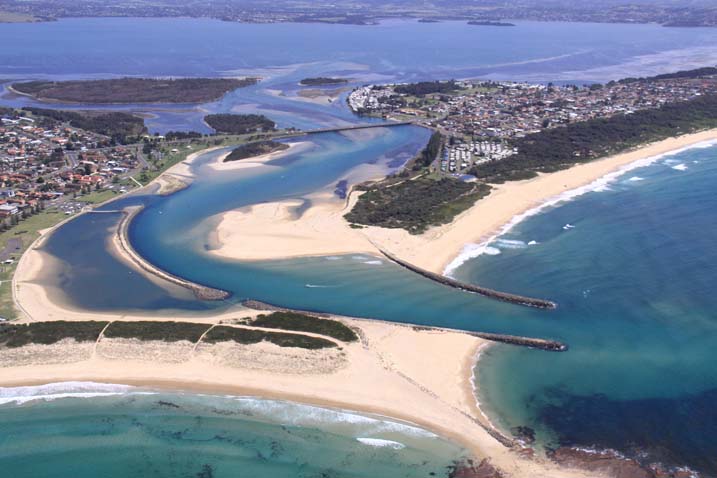 How we manage estuaries

The health of estuaries can be threatened by coastal development, human activity and natural weather events such as storms and floods. Common threats to estuary health include increased nutrients and algal blooms, loss of habitat and biodiversity, contaminants and pollutants, accelerated rates of sedimentation, disturbance of acid sulphate soils, changes to freshwater and tidal flows, invasive species and climate change.

We work with local councils and other bodies to protect and manage estuaries through:

Estuaries offer critical habitat for many species of animals. They provide vital services for the ecosystems and organisms such as water filtration and habitat protection from the elements.

There are many different habitat types in estuaries, including:

Estuaries are often referred to as the “nurseries of the sea” because they provide sheltered, nutrient rich breeding grounds for fish, crustaceans and other marine life. They also offer important feeding and nesting habitats for animals and safe areas for migratory birds to recuperate.

See the current distribution of mangrove, saltmarsh and seagrass in NSW estuaries.

Estuary wetlands are places where river nutrients can be recycled and purified.

Water draining from a river catchment carries sediments, nutrients, and other pollutants, such as contaminants from runoff from the land. As the water flows through the wetland marshes, much of the sediments and pollutants are filtered out. This filtration process creates cleaner and clearer water, which benefits both people and marine life.

Wetland plants and soils also act as a natural buffer between the land and ocean, absorbing flood waters and dissipating storm surges. This protects land based organisms as well as valuable real estate from storm and flood damage. Salt marsh grasses, mangroves and other estuarine plants also help prevent erosion and stabilise the shoreline.

Just over 80% of the state’s population live and work in catchments surrounding estuaries. These areas are important to local communities because:

Coastal, Estuarine and Marine Environments is one of 7 knowledge themes in OEH’s Knowledge Strategy.