Outcomes from water for the environment in 2020–21.

The region had suffered severe drought since mid-2017 with rain in early 2020 easing these conditions, though the catchment remained dry until early 2021. Conditions continued to improve with moderate flooding occurring in March–April 2021 and wet conditions continuing into winter. Delivery of minimum daily flow requirements continued from Pindari Dam throughout the 2020–21 water year, but these only maintained flow to Ashford.

In 2019–20 translucent flows (environmental water under water sharing plan rules) were not delivered due to valve maintenance and the undelivered volume was set aside in a payback account. This made approximately 10 gigalitres of translucent flow payback water available for use in 2020–21.

The release of a stimulus flow from Pindari Dam was triggered in October 2020 and delivered the first small fresh between Pindari and Frazers Creek since February 2019. This release of 4.3 gigalitres provided a stable flow to help Murray cod and freshwater catfish recruitment.

The 10 gigalitres of translucent flow payback water was used to provide base flows, contribute to refuge pool replenishment and provide a pre-winter small fresh: 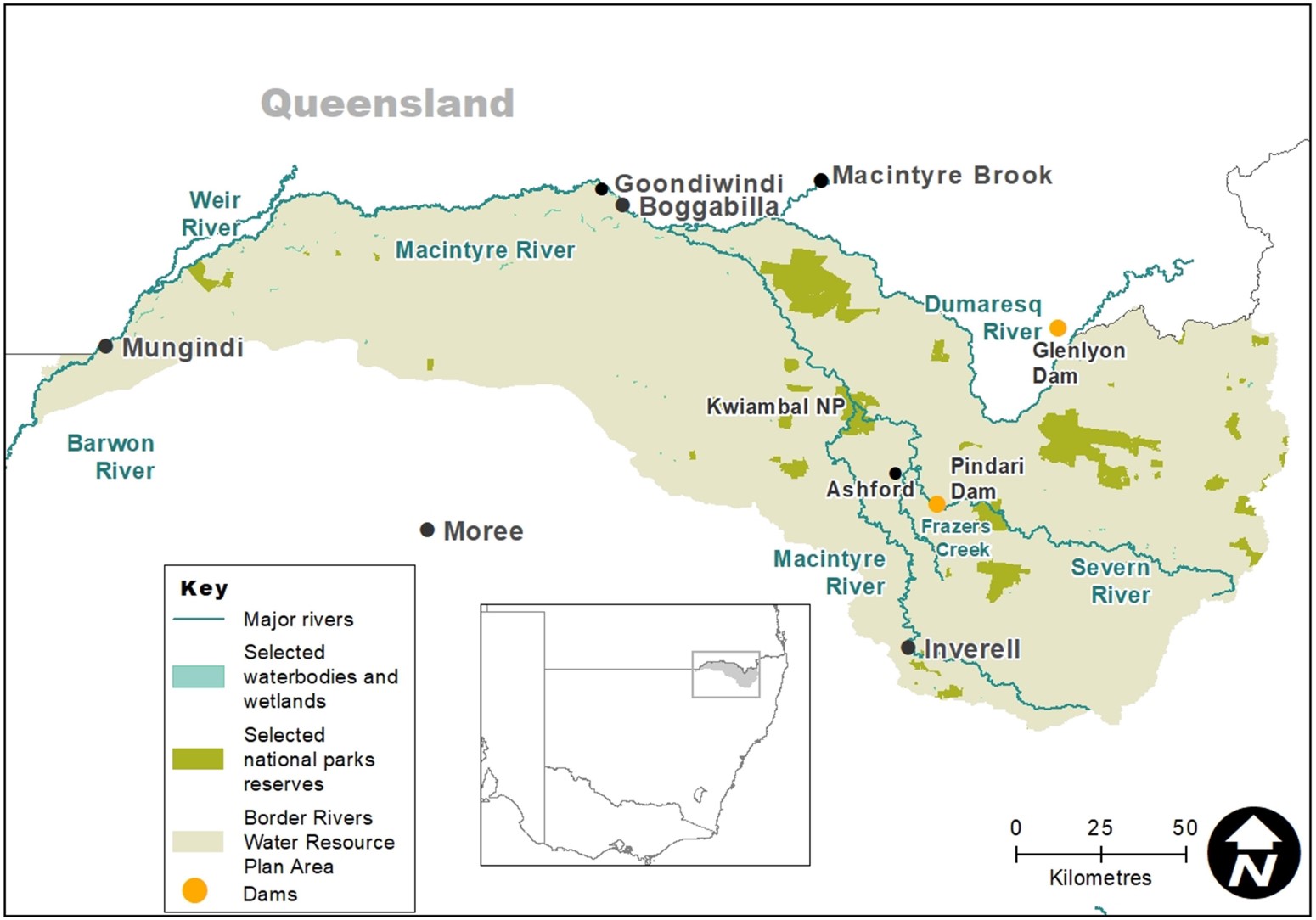 Water managers adopted a flexible and responsive approach in 2020–21, with an expected dry resource availability scenario as identified in the NSW Border Rivers catchment: Annual environmental watering priorities 2020–21. This approach acknowledged natural cues and met the water needs of the environment across a range of systems and climatic conditions.

Small freshes and base flows were used to maintain river function in the Severn and Macintyre rivers. NSW and Commonwealth Environmental Water Holder holdings were limited, therefore water was not delivered to wetlands.

The 2 aims of the NSW Border Rivers: Annual environmental watering priorities 2020–21 under a dry scenario were met by releases of water for the environment and natural flows in the 2020–21 water year:

The lower Macintyre River experienced cease-to-flow conditions for a short period in late spring–early summer before reconnecting in December–January. A block release including translucent flow payback water and water for the environment held by the Commonwealth Environmental Water Holder, as well as natural flows from the Macintyre Brook, returned flows to the lower Macintyre River. Connection in this part of the system was maintained to June 2021.

Key functions of high priority wetlands were maintained by high flows in March and April with moderate flooding experienced at Goondiwindi. 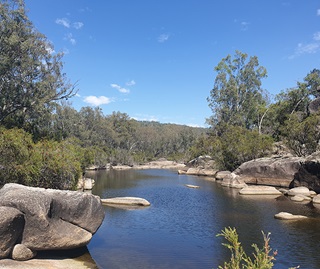 In October 2020, 4354 megalitres of water was delivered from Pindari Dam in a single event under the stimulus flow rule in the Border Rivers Regulated Water Source Water Sharing Plan 2009.

Due to the drought, the stimulus flow had not been available since it was last used in 2017. Few natural events had occurred in the system until March 2020. Analysis of late autumn and early spring flows showed a deficiency in small fresh events. The stimulus flow was the first small fresh between Pindari and Frazers Creek since February 2019 and provided a much-needed boost for the system as it recovered from years of drought.

A release strategy was developed in consultation with Department of Planning, Industry and Environment – Water, Department of Primary Industries (DPI) – Fisheries, and the Commonwealth Environmental Water Office. A sustained small rise in river levels was timed to coincide with spawning of Murray cod and freshwater catfish.

The stimulus flow account retains 7646 megalitres for use in the 2020–21 water year.