A heritage cottage in the Myall Lakes National Park is the first in Australia to switch to a green hydrogen stand-alone power system. 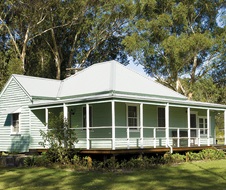 In an 18-month trial by the NSW National Parks and Wildlife Service and Essential Energy, Cutlers Cottage's system to power visitor accommodation is the first ever installed by an electricity distributor.

Head of the NSW National Parks and Wildlife Service, Atticus Fleming, said Essential Energy is funding the trial to determine if stand-alone green hydrogen power systems could be used in future to provide customers in remote regional and rural locations with reliable and affordable clean energy.

"The NPWS is uniquely placed to trial innovative renewable energy solutions as both a climate-action leader in Australia and the custodian of visitor facilities in many remote and wilderness locations across NSW," Atticus said.

"The NPWS also has just become the first agency to switch to using 100% renewable energy from the grid as part of its Carbon Positive Plan to reach the interim net zero emissions target by 2026 and become carbon positive by 2028.

Essential's installation at Cutlers Cottage is part of its corporate strategy to facilitate the NSW Government's net zero 2050 goals.

Atticus said, "A key pillar of our plan is embracing new energy technologies to deliver low-impact visitor experiences and preserve the natural environment."

The trial at Cutlers Cottage could potentially provide a future renewable energy solution for remote visitor facilities in national parks across the State.

The system delivers energy like any other rooftop solar system and stores power as hydrogen for conversion into electricity at night or when loads are high. This largely eliminates the need for backup diesel generators.

Cutlers Cottage is located at the water's edge of Two Mile Lake north of Hawks Nest in the Myall Lakes National Park.

The original cottage was built in 1910 by Maud Cutler. In 1965 the cottage owners were raising pigs and cattle and growing vegetables. There was also a jetty where the store boat would stop to deliver meat and groceries.

In 2002, the cottage was included in the Myall Lakes National Park. It was restored to retain many original features and the old jetty was replaced before being made available as holiday accommodation. 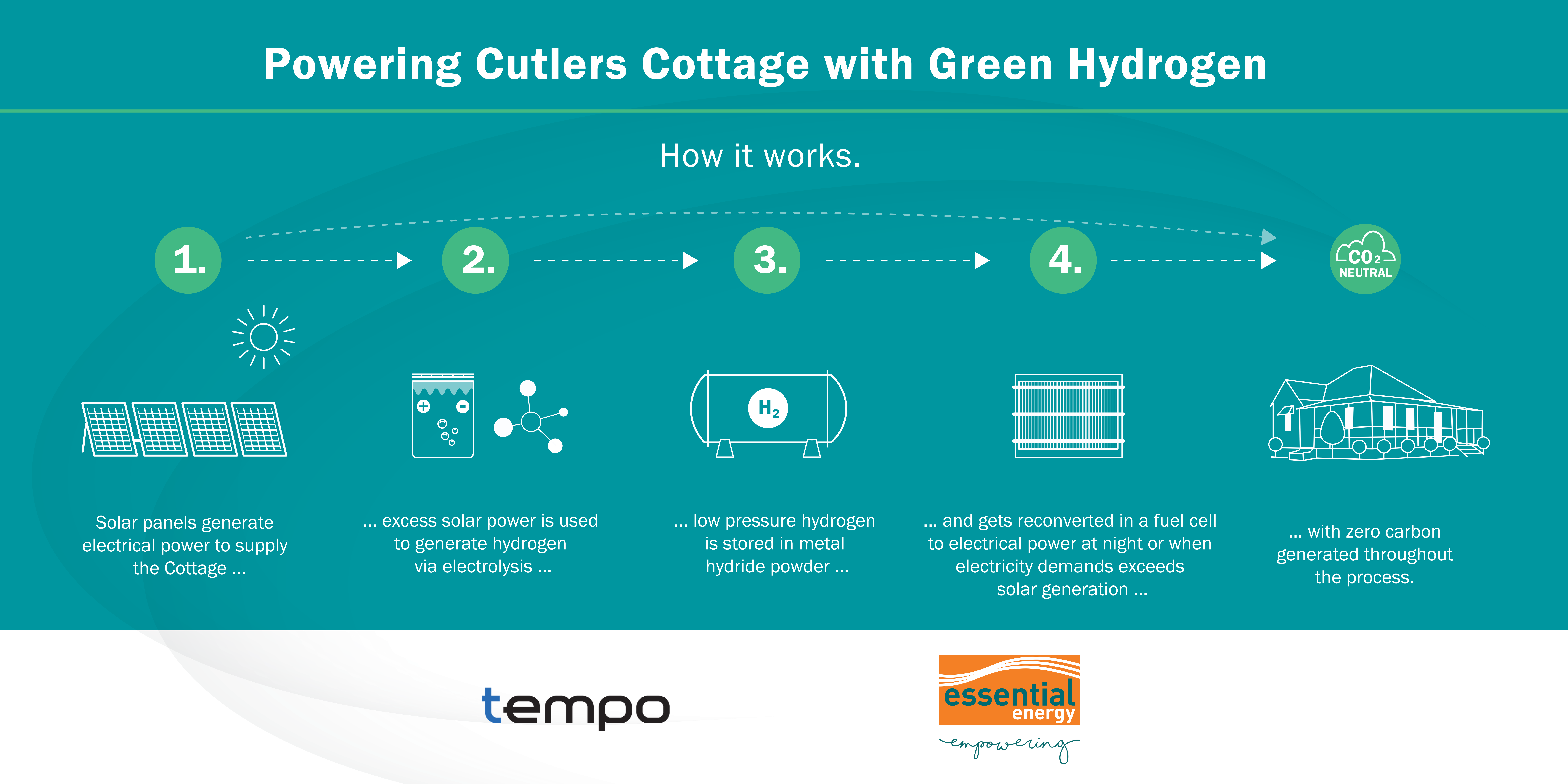