Survey insect-eating bats on your property and contribute valuable data to help inform the conservation of these cryptic animals. 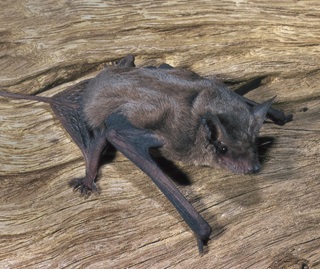 Insect-eating bats in NSW are in decline. They are under threat from habitat loss, human activities and climate change. Of the 34 species in NSW, 18 are listed as threatened or are thought to be extinct.

Bats in Backyards is a citizen science project aimed at securing populations of threatened insect-eating bats in NSW.

With large gaps in the known habitat requirements and distribution of these threatened species, we need to learn more to better protect them.

Insect-eating bats play an important role in our ecosystem by eating insects like cockroaches, mosquitoes, and agricultural pests. They can eat up to their own body weight every night.

How you can help

Bats in Backyards is asking citizen scientists to survey insect-eating bats on their property by recording echolocation calls over 3 to 5 days using a bat detector device provided to participants.

The recordings will be analysed by scientists and each property owner will receive a full report detailing each bat species detected, their preferred habitat and food, and recommended actions for bat protection and conservation.

Citizen scientists involved in the project will contribute invaluable data to build a better understanding of threatened insect-eating bats to inform their conservation.

Anyone who owns their land, house or even apartment in the 4 target areas of Narrabri, Pillar Valley, Wellington or Western Sydney can participate.

This project is being delivered by the NSW Government’s Saving our Species program, in partnership with Western Sydney University and the NSW Department of Primary Industry.

Do you want to be a Bats in Backyards citizen scientist?