Even highly developed areas of Sydney have native mammals. Possums and bats often visit urban areas, and people living on the edges of the city or in our mountains may get visits from wallabies, koalas and echidnas.

Some wildlife has adapted to live alongside us in urban areas. Possums and bats often visit our gardens and parks, and you might even see a bandicoot in your garden.

If you're a Sydneysider with more bush around your home, you may share your space with wallabies, wombats, koalas, and echidnas.

You can support our native residents by growing native plants to provide food and habitat for them. 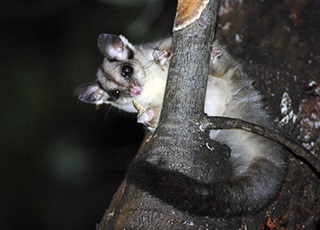 Sydney and its surrounds are home to 8 nocturnal possums and gliders – from the mouse-sized feathertail glider to the cat-sized common brushtail possum. As their habitat shrinks and predators like cats increase in number, some of these species have become rare.

The world’s smallest gliding mammal, the feathertail glider lives in tall forests along the east coast of Australia, including Sydney. They have a ‘gliding’ membrane between their elbows and knees that allows them to travel between trees, using their feathery tail to steer. They mostly feed on nectar and pollen, but will also eat insects.

Sugar gliders and the larger squirrel gliders have gliding membranes that extend from their fingers to toes. This allows them to glide up to 50 metres between trees. Both gliders eat nectar, pollen, gum produced by acacias, and insects. The sugar glider lives in open, moist forests in and around Sydney. The squirrel glider prefers drier forests and woodlands in and around Sydney. This species is rarer than the sugar glider and has been declared an endangered species.

The outskirts of Sydney are also home to two larger endangered gliders: the yellow-bellied glider and the greater glider.

The yellow-bellied glider is the size of a brushtail possum, but with a longer tail that helps it steer while gliding. It feeds on sap, pollen and nectar. 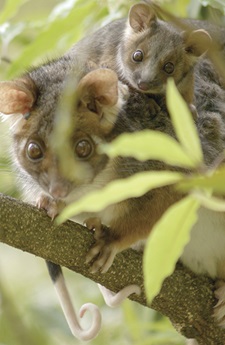 The greater glider is much larger than the yellow-bellied glider. It feeds almost only on eucalyptus leaves. Both species can glide up to 100 metres between trees. They are now rare in Sydney, but can be seen in the Blue Mountains area.

Some of the larger possums, like the brushtail and the smaller ringtail possums, have adapted to live alongside us. They often visit our gardens for food and shelter. They mainly eat leaves, but will also eat fruit and flowers.

The brushtail possum prefers to live in tree hollows, but with less of these around, some move into our roofs. Ringtail possums make nests of bundled leaves, called dreys, and live high up in trees.

Find out more about brushtail possums and other possums, including how to make a possum nest box.

Bandicoots are rabbit-sized marsupials. They live in shallow nests under shrubs or houses during the day. At night they may visit your garden in search of worms, insects and spiders. You might see the cone-shaped holes they make when digging for food in your garden.

Once common throughout Sydney, bandicoots have suffered from habitat loss, injury from cars, and predation by dogs and foxes.

The long-nosed bandicoot was once widespread across Sydney, but is now a threatened population in Manly and the inner-west.

The endangered southern brown bandicoot lives on the north shore near bushland. 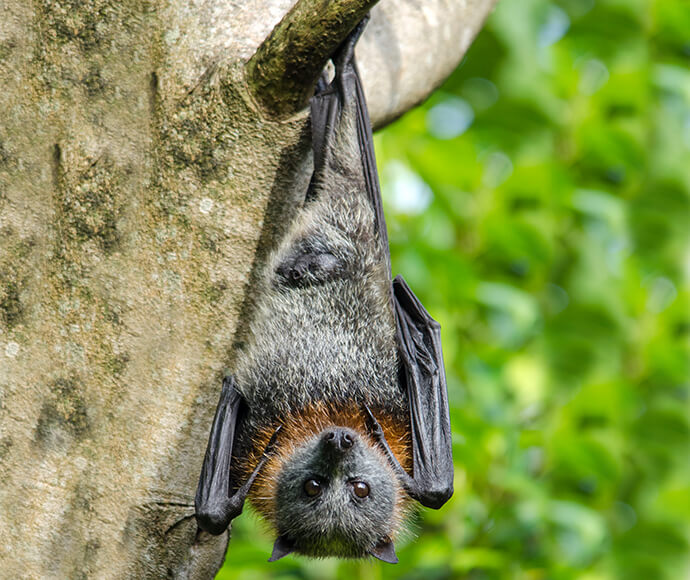 The grey-headed flying-fox is the largest bat in Australia. Flying-foxes play a vital role in maintaining healthy forests. They spread pollen that sticks to their fur, and help spread the seeds of our native fruit.

As land has been cleared, these bats have moved into parkland and bushland near our homes, sometimes causing problems with their noise and smell.

Flying foxes can become injured or stressed by heat and need extra help in emergencies.

Sydney has many micro-bats too. Micro-bats are much smaller than flying-foxes and feed on insects. They sleep in tree hollows and old buildings during the day and emerge at dusk.

Most micro-bats go about their business quietly, except for the white-striped freetail bat which makes a high-pitched click or call when hunting – it is using echolocation or ‘bio-sonar’.

There are 19 microbat species in Sydney and 9 of these are threatened species, for example the endangered Southern myotis. Some of our microbats have adapted to our urban landscape, but most need open spaces with dark areas to forage and for refuge.

Lots of other animals compete for space in Sydney. You can help bats by:

If you live near bushland on the fringe of the city or are lucky enough to live near a national park, you may get the occasional eastern grey kangaroo or swamp wallaby visiting your garden, especially in times of drought.

Kangaroos and wallabies feed on grass on road verges, and many are unfortunately hit by cars.

Find out more about living with kangaroos.

You won’t see them in your garden, but if you have a view of Sydney’s coast you may spot one swimming by.

Each year, humpback and southern right whales migrate along the New South Wales coastline during June and early July as they head north to breed in warmer waters. They return south to Antarctica from around September to November, with calves in tow.

Minke whales and orcas are occasionally spotted, too.

Sydney and its surrounding coastline provides some of the best vantage points - lookouts, headlands and foreshores - to spot the ocean’s most majestic creatures on their annual migration.

NSW National Parks and Wildlife Service recommends these 5 whale watching spots in and around Sydney:

You can download the free Wild About Whales app to get real-time notifications of whale sightings nearby, log your own sightings, find top vantage points and more. 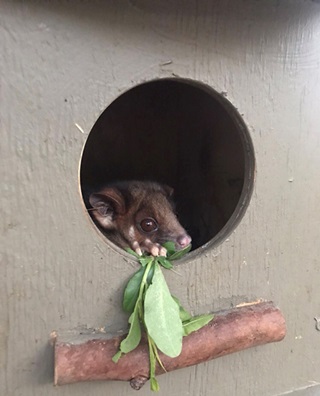 How we can live alongside our native mammals: 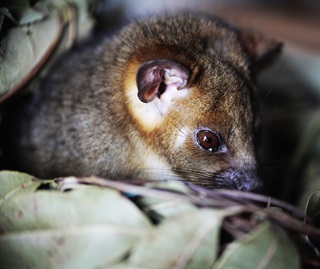 Ringtail possums live in a nest that resembles a ball of sticks and leaves that’s called a drey. You can help ringtail possums across Sydney by making a drey to put in your garden. Follow these steps to create a drey: 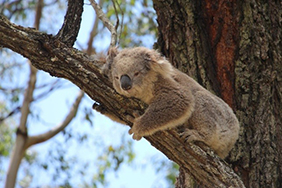 The koala features in many of the Dreaming and Creation stories of Aboriginal people and is one of our iconic species.

Many of us would love to see more koalas nestled in a eucalypt tree, but koala habitat and their numbers are shrinking. Koalas are now a threatened species in New South Wales, and they only produce one young or joey per year so recovery of populations is slow.

Koalas mostly move around and feed at night, and they are fussy eaters. They will only eat leaves from selected types of eucalypt trees. The leaves are relatively low in nutrients, can be loaded with toxins and take a lot of energy to digest, so koalas often spend up to 20 hours a day sleeping.

Koalas shelter in trees that may be different to those they eat from. A tree may be chosen to give them shade or protect them from predators. Koalas will hug the trunks of big trees on hot days to cool themselves down.

You can help protect koalas too:

Share your pictures across social media and show us what you're doing to help Sydney's native plants and animals:

An educational program on feathertail gliders is helping primary and secondary school students in Sydney’s northern beaches learn how to support this protected native mammal.

Students learnt about feathertail gliders, their habitat and threats, including different plant communities that create habitat, how to survey animals and indigenous land management.

Native plants were given to the schools and students helped weed and plant local areas to generate habitat for native animals. Nest boxes installed at some schools provide extra homes for feathertail gliders and allow students and project partners to monitor their progress.

Taronga Zoo partnered with Northern Beaches Council, the former Office of Environment and Heritage and Local Land Services to deliver the program.