This conservation management plan for the La Perouse Headland within Botany Bay National Park addresses the whole of the La Perouse headland area, including Bare Island. 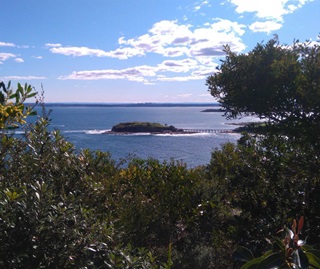 The La Perouse Headland Area is located on the northern headland of Botany Bay within the Botany Bay National Park. Overlooking the sheltered, inner harbour waters of Botany Bay, the headland and associated Bare Island are spectacular historic landscapes.

The human history of the headland dates back thousands of years to when Aboriginal people were the sole guardians and users of this resource rich maritime locality.

The La Perouse site and Bare Island were among the first sites in the Sydney Region visited by Europeans. Both Captain Cook and Joseph Banks noted the area, particularly Bare Island, and the First Fleet anchored near the site in 1788. Most notably the first recorded European occupation of the headland was by a French expedition led by La Pérouse, Jean-François de Galaup [Comte de La Pérouse], which also anchored in Botany Bay in 1788, near the First Fleet before the British departed for the more suitable Port Jackson. The French expedition occupied the Headland to re-build and repair their boats.

Stage 1 of this work focuses on the significant values of the Macquarie Watchtower, the Cable Station (containing the La Perouse Museum), the La Perouse Monument, the Pere Receveur Tomb and associated Aboriginal and historical archaeological sites and Stage 3 covers the building and site inventory for La Perouse Headland.

Visit the La Perouse area in Kamay Botany Bay National Park to learn more about the history and Aboriginal culture of the area.