New South Wales has an active network of volunteer groups who rescue injured, sick or orphaned native animals, including a network of carers who focus on flying-foxes and other bats.

Carers play an important role in relieving the suffering of injured animals by providing appropriate treatment and care.

Carers also contribute to the conservation of wildlife populations by returning rehabilitated animals to their natural habitat.

Flying-fox carers in particular play an important role in improving the public perception of flying-foxes when they meet members of the community while doing rescue work.

They also contribute to your safety by removing the need for you to handle the animals and protect you from being scratched or bitten.

Any flying-fox could potentially carry Australian bat lyssavirus. There is a vaccine for rabies, a similar disease, which provides some protection. All flying-fox carers must have received this vaccination and undertaken specialised training in rescuing and rehabilitating bats.

What do I do if I find an injured, sick or orphaned flying-fox?

Never touch a flying-fox, even if you find one caught in barbed-wire, fruit netting, exotic vegetation, on the ground, or away from its camp.

If you find an injured, sick or orphaned flying-fox, contact a licensed wildlife rescue and rehabilitation provider or use the IFAW Wildlife Rescue App to quickly find the closest licensed carer.

Give the operator as much information as you can about the location. The rehabilitation group will then arrange for trained volunteers to rescue the animal.

If possible, stay with the animal until the rescuers arrive.

Rehabilitating a native animal without an authority is illegal and can lead to prosecution. You are not allowed to keep rescued native animals as pets.

Read about Getting involved in wildlife rehabilitation.

If there is no direct handling or contact with flying-foxes, the risk of disease transmission is negligible.

If you find a dead flying-fox in a public area (e.g. on a road or in a park), call your local council and ask them to dispose of it.

In some situations, wildlife carer groups might also be able to give advice or help if they have the resources.

If you can't get help and must handle a dead flying-fox:

If you are burying a carcass, bury it at a minimum depth of 15cm to avoid scavengers digging it up.

Any dead flying-foxes which are banded should be reported to the Australian Bird and Bat Banding Scheme. If you find a dead banded flying-fox, don't try to read or remove the band yourself. Instead, call your local licensed wildlife rescue and rehabilitation provider.

What can I do to help flying-fox carers?

Rescuing and rehabilitating flying-foxes can be challenging, especially during seasons when large number of flying-foxes become injured and need care. This can occur seasonally when flying-foxes give birth to their pups and carers may be busy rescuing and hand-rearing any orphaned pups.

There are also emergency situations that mean increased workloads for carers, such as starvation and extreme heat events. During prolonged starvation periods, there may be a dramatic increase in rescues associated with flying-foxes that are weakened by malnourishment and/or trapped in fruit netting. These situations take a physical and emotional toll on carers.

You can help flying-fox carers by donating to buy animal food, equipment and other supplies. Contact a licensed wildlife rescue and rehabilitation provider to find out how to do this.

You can also help flying-fox carers by helping to reduce the causes of flying-fox injury and distress. 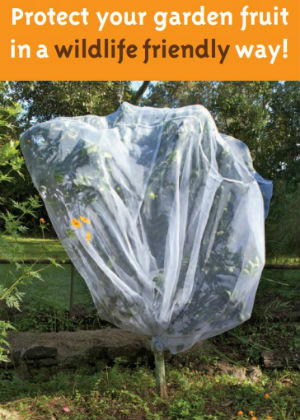 Rehabilitating any animal can be financially demanding. Corporations can bring enormous relief by helping flying-fox carers obtain various resources, such as food and equipment.

How can your company help?

If your company can help with any of the following resources, please contact us at flying.fox@environment.nsw.gov.au.

During the 2019-20 summer, more than 70,000 flying-foxes were killed during extreme heat events; many of them died in camps in New South Wales. Thousands of injured animals were taken into care, creating enormous burdens for flying-fox carers.

Saving our Species partnered with Woolworths Supermarkets to provide donations of fruit. This initiative resulted in more than 30 carers from 10 wildlife rehabilitation organisations receiving assistance.

The Department of Planning, Industry and Environment works with the community and wildlife rehabilitation groups to rescue and care for injured and distressed flying-foxes in an emergency.

Code of Practice for Injured, Sick and Orphaned Flying-foxes

The Code of Practice for Injured, Sick and Orphaned Flying-foxes (the Code) is intended for everyone authorised by the Office of Environment and Heritage (OEH) to rehabilitate and release flying-foxes. To protect the welfare of animals and help conserve the wild flying-fox population, the Code contains both standards and guidelines for the care of flying-foxes.