Why are flying-foxes protected?

The grey-headed flying-fox is listed as a threatened species and is protected by law because numbers have rapidly declined over a relatively short period of time.

Unlike other pollinators like bees and birds, flying-foxes can transport pollen over vast distances and are also able to disperse larger seeds. This makes them vital to the health and regeneration of our native forests.

The main threat to flying-foxes is clearing or modification of native vegetation. This removes appropriate roosting habitat and limits availability of natural food supplies. Loss of habitat and urbanisation across south-eastern Queensland and north-eastern NSW has seen the removal of annually reliable winter feeding sites. This process continues.

Flying-foxes are increasingly setting up camps in urban areas. This places them at risk of entanglement and death in inappropriate tree netting and barbed-wire, electrocution on powerlines, injuries from feeding on introduced trees and being persecuted at their camps. The deterioration of roost vegetation, combined with an increase in heat waves, means flying-foxes are increasingly susceptible to heat stress events.

A threatened species is one that has been formally determined to be threatened with extinction in the near future.

There are many factors than can influence the risk of extinction of a species and therefore its conservation status. These factors include:

In the case of the grey-headed flying-fox, its conservation status is based not on the numbers of animals in existence, but on the rapid rate of decline in numbers over a relatively short period. Population counts of flying-foxes between 1989 and 1999-2001 suggested that the national population may have declined by up to 30 per cent. 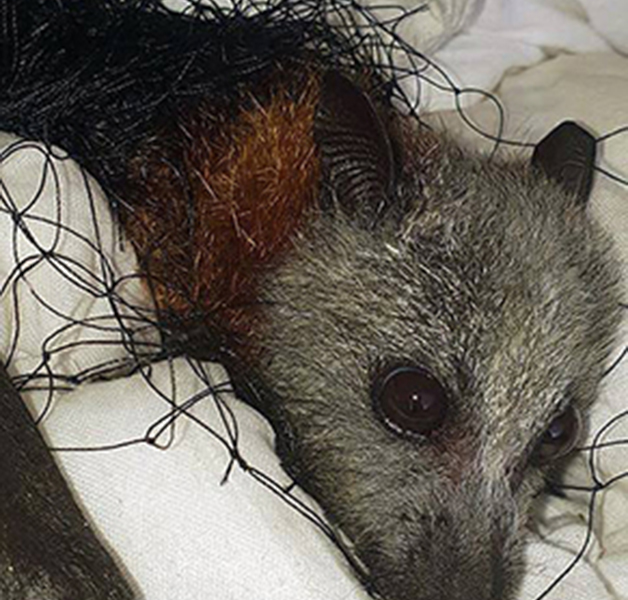 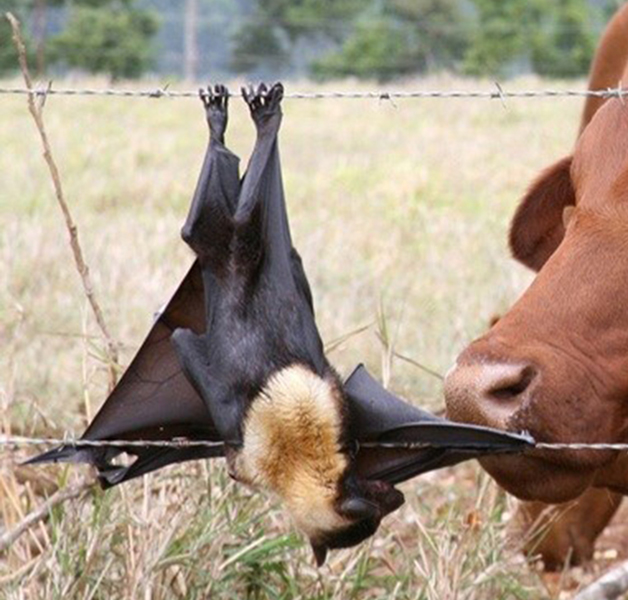 The grey-headed flying-fox is listed as Vulnerable to extinction under the Commonwealth Environment Protection and Biodiversity Conservation Act 1999.

The grey-headed flying-fox was listed as Vulnerable to extinction under the Threatened Species Conservation Act 1995 in 2001. This listing was transferred to the Biodiversity Conservation Act 2016 when it came into force on 25 August 2017.

The listing was primarily based on the national population decline of around 30 percent. It was also estimated that the population would continue to decrease by at least 20 percent in the next three generations, given the continuation of the current rate of habitat loss and culling. A number of other factors were also considered during the listing process.

For a species to be found eligible to be removed from the threatened species list evidence must be provided that demonstrates that the species no longer meets any of the five criteria for listing, and is therefore not considered threatened.

Evidence must also be provided that demonstrates the removal of protection and conservation management programs would not result in the species becoming eligible for listing in the foreseeable future.

The 2015 CSIRO Status and trends of Australia's EPBC-listed flying-foxes report estimated that the population of grey-headed flying-foxes has remained relatively stable, but potentially has declined slightly since 2005. Given that the known threats to the species continue to be threats and that new threats like heat stress events are emerging, the report suggests that the conservation status of the grey-headed flying-fox should at the very least remain as Vulnerable.

About the committee expand

There is widespread community interest in flying-foxes and concern about the conservation and management of the grey-headed flying-fox.

Wildlife managers need to prevent damage to the livelihoods of horticulturists, find solutions to issues of increasing numbers of flying-fox camps in urban environments and avoid disease transmission. At the same time, they must try to protect the welfare of flying-foxes and stop further losses in flying-fox populations so that native ecosystems are maintained.

Soon after the listing of the grey-headed flying-fox as a threatened species in 2001, we established the NSW Flying-fox Consultative Committee. With representatives from key interested parties, the purpose of the committee is to provide balanced public input into the management and conservation of the 3 species of flying-foxes in NSW.

Members of the Flying-fox Consultative Committee include representatives from:

Flying-foxes help pollinate plants and spread seeds, ensuring the survival of our native forests. They do this over much larger distances than birds or insects. Learn more about the flying-foxes of NSW.