This fact sheet describes what little is known about the small scattered koala populations that inhabit this region. 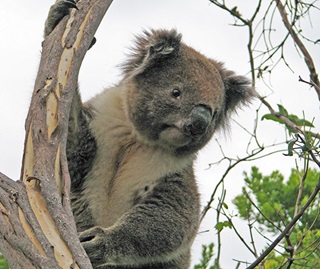 The Far West and South-west Koala Management Area (KMA 7) extends west from the Hay, Ivanhoe and Wilcannia districts to encompass the western-most part of New South Wales. Most of this region is unsuitable for koalas.

Koala populations that do exist in the far west are small, scattered, low-density and mostly restricted to riparian zones and floodplains. A population is known to live in the Murray Valley National Park in the Riverina, and historical records exist for koalas around Wilcannia and Ivanhoe. 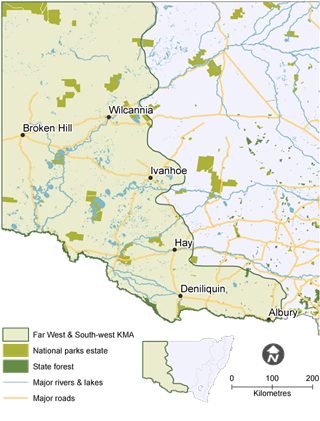 The most likely threats to the little-studied koala populations and their habitat in KMA 7 are:

Plant spacing can vary depending on the vegetation community you aim to establish (e.g. woodland, open forest). Trees should be planted far enough apart to have good tree form or lateral branches.

These tree lists contain recommended tree species for koala habitat within KMA 7. The lists align with local government areas located within this KMA: