A ground-breaking conservation partnership between the NSW National Parks and Wildlife Service and University of New South Wales (Sydney), operating as Wild Deserts.

A safe place in the red soil 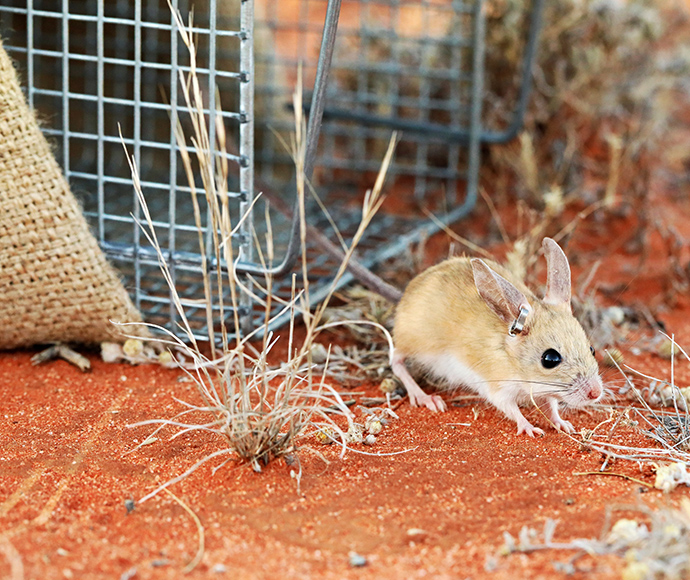 One of 7 feral predator-free areas on NSW national parks is at Sturt National Park, providing a safe haven for threatened mammals.

The ‘returnees’ are already thriving in their historic habitat in the arid red corner of north-western New South Wales.

By 2026, a total of 6 locally extinct species will have been reintroduced through this innovative project, which is a partnership between the NSW Government and University of New South Wales (Sydney), operating as Wild Deserts.

When the first mammals ‘returned’

The project’s first mammals were reintroduced in mid-2020 just after the worst drought in the region’s recorded history.

Work was completed on the 2 enclosures, each of 2,000 hectares, in early 2020 after all feral animals were removed, including the key predators cats and foxes.

Soon after, translocations started. First in the sanctuary were 19 crest-tailed mulgara, followed the next month by the fleet-footed greater bilby.

As well as 5 locally extinct species being reintroduced here, there will be conservation benefit for existing threatened species such as desert mouse and Eyrean grasswren.

The creation of a network of feral predator-free areas to reintroduce locally extinct mammals is an essential element of the NSW Government’s conservation strategy to reverse the decline and improve outcomes for threatened species at risk from predation. 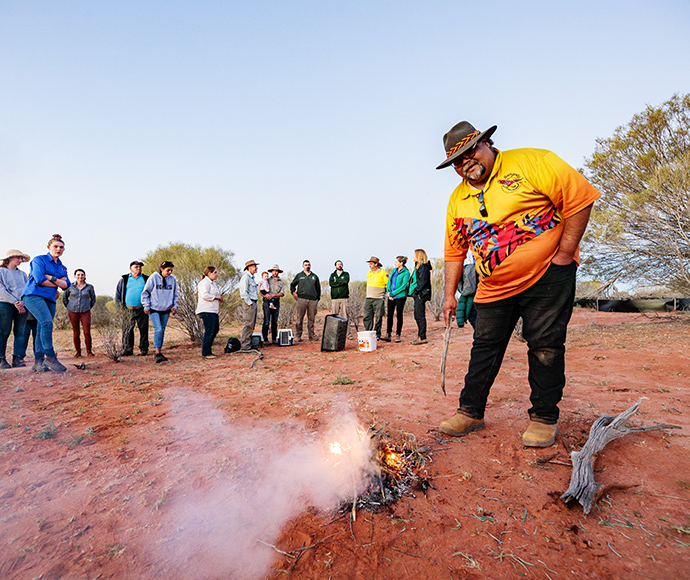 Even at this early stage, teams are seeing encouraging signs of bounce back, including substantial increase in reintroduced species populations, increased detection of resident small mammal and reptile assemblages, as well as abundance and occupancy of ground-dwelling birds. 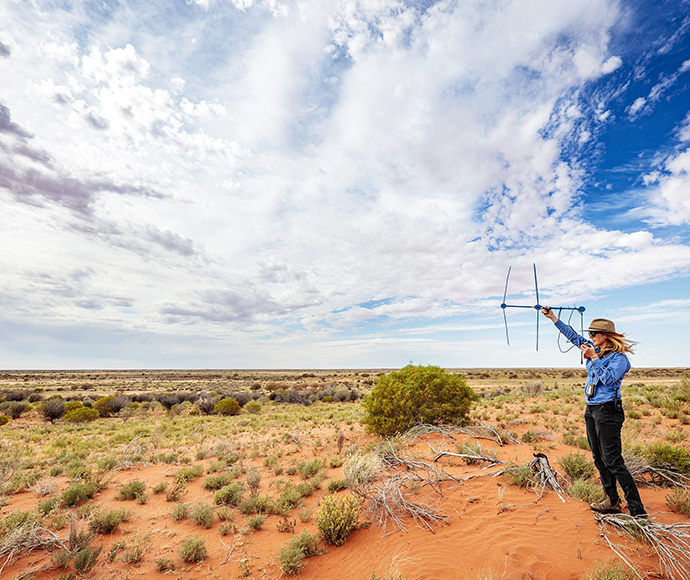 The Sturt National Park site is part of a network of 7 feral predator-free areas across the state.

Once complete, almost 65,000 hectares of national park estate will be free of feral predators, providing conservation benefit for more than 50 threatened species.

Right across this network of sites in New South Wales, locally extinct native animals will be returned to the landscape after long absences.

'Ecosystem engineers' like the greater bilby are once again able to dig burrows, aerate the soil and create niches for moisture, spores and seed and shelter sites for other species. These species will help return the bush to what it was before Europeans introduced feral pests.

The feral predator-free area network is one of the most significant ecological restoration projects in NSW’s history.